The Firm’s Religious Practice hosted “Justice Restored,” an event that featured Stanley Wrice (below, left)  and Pamela Cytrynbaum (below, right) of the Chicago Innocence Center (CIC), speaking of their respective experiences with the CIC at a luncheon in June. 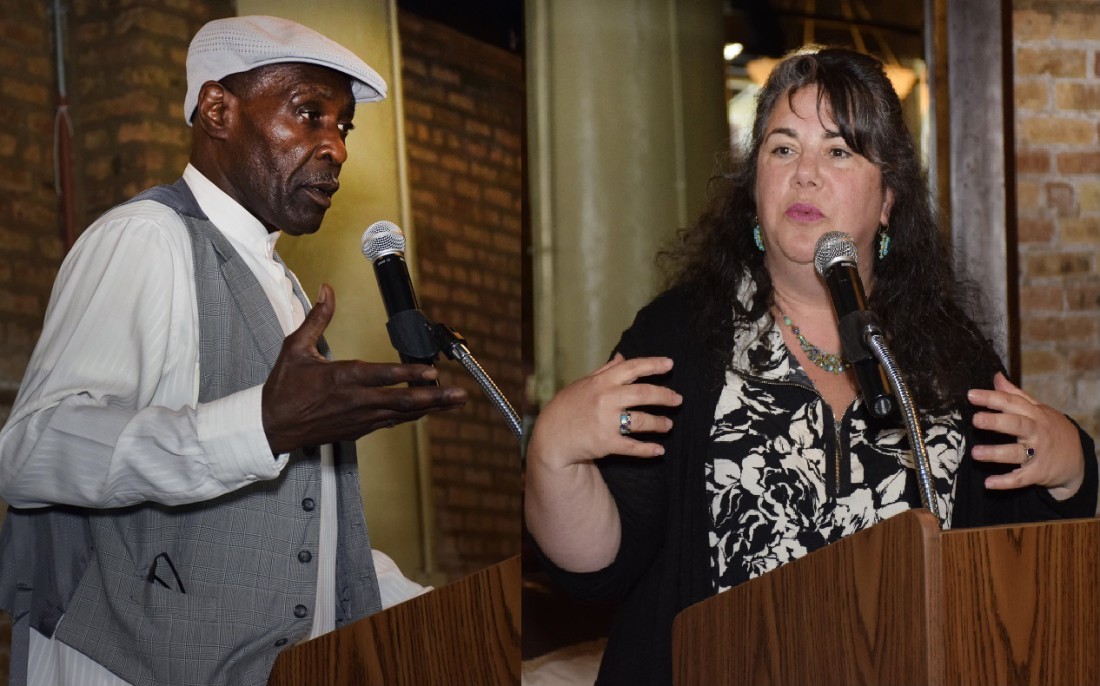 Ms. Cytrynbaum shared her perspective on the challenges and rewards of working for criminal justice reform and Mr. Wrice shared his perspectives as, first, a beneficiary of and, now, an activist in this important work.

Founded in 2011, the Chicago Innocence Center has grown from a local nonprofit into a national center that investigates, exposes, and reforms wrongful convictions and the system in which they occur. They investigate cases in which prisoners may have been convicted of crimes they did not commit, giving priority to murder convictions that resulted in sentences of death or life without parole. The center involves college students, community residents, private investigators and journalists in the reporting process, with the fundamental goal of exposing and remedying wrongdoing in the criminal justice system.

Stanley Wrice was released after serving 31 years in prison, when the CIC successfully demonstrated to the courts that he had been falsely charged, convicted and sentenced (100 years) for a crime he did not commit. Stanley now works as the Chicago Innocence Center’s Outreach Coordinator, speaking regularly to groups about how hope and optimism sustained him during his time behind bars — and about how critical the CIC’s efforts were in obtaining the overturn of his conviction and his resultant return to freedom.

With her background as a journalist and an instructor in journalism, specializing in investigative reporting, Pamela guides the Center’s exemplary team of interns from around the country in employing investigative journalism techniques to explore and expose cases of possible wrongful convictions. Together with the CIC’s President/Founder David Protess and a team of interns, the Outreach Coordinator, Program Assistant, and Program Associate work tirelessly to achieve the CIC’s goal, as they reach out to witnesses, track down family members, and scrutinize court records.  Pamela also performs a great deal of outreach and public education, including regularly speaking publicly about the intersection of journalism and criminal justice and the causes and solutions related to wrongful convictions.

Prior to joining the Chicago Innocence Center as executive director, Pam taught multimedia journalism at Northwestern University’s Medill School of Journalism where she won the student-voted top teaching award in 2012. She was also a professor at Brandeis University from 2005-2007 where she taught American Studies, served as the associate director of the Schuster Institute for Investigative Journalism, and the director of the Justice Brandeis Innocence Project.