The COVID-19 virus has reshaped all aspects of our society including some that typically have not been affected by other earth-shaking events. The Second World War put much of life on hold “for the duration.” Factories turned out war supplies rather than household goods. Food stuffs were rationed so that our troops could be nourished. Marriages were delayed. Churches were crowded with people praying for peace. Charities were able to muster support from the broader community and reach out to help care for those in need. Yet, families and friends were able to gather and support each other through those trying times that eventually produced our “greatest generation.”

COVID-19 is biting more deeply into our lives today. The virus is requiring our factories to turn out health care supplies rather than household goods. Marriages, other celebrations and even funerals are being delayed. We continue to be unable to assemble in churches or gather to support the charities that serve the poor and needy. Given our faith in human nature and the creative resilience of the American culture, we are confident that this crisis will produce a new “greatest generation”. It will be a generation graced by courage and hope and the creativity to do what needs to be done.

In the midst of all this, the Archdiocese of Chicago has been a major leader. Mindful of its religious mission and respectful of scientific data, it has found new ways to reach out and serve the broader community. The mass is still being celebrated, but rather than risk contagion by 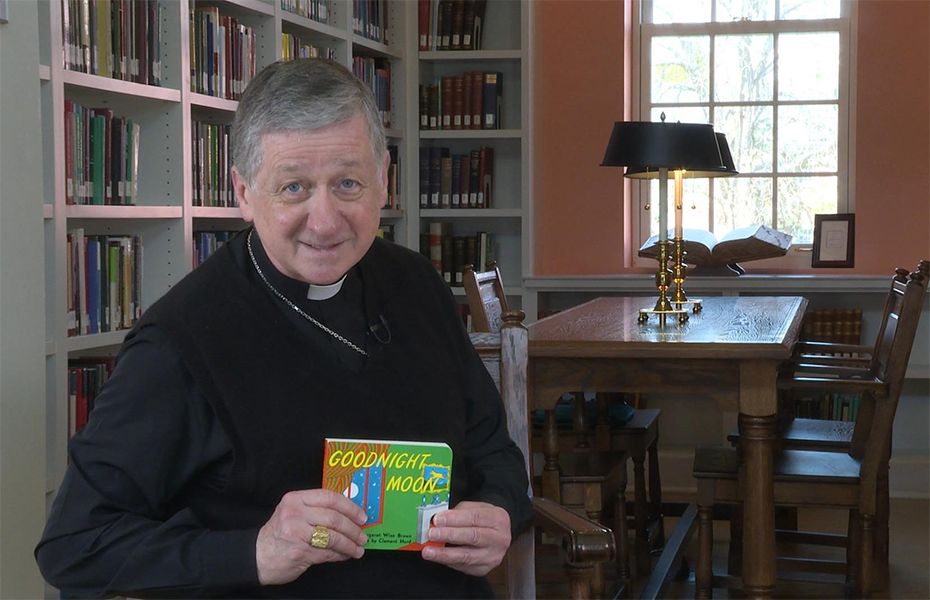 having people gather in church, the mass is being broadcast on television and streamed into people’s homes. Rather than just speaking to people sitting in church, Cardinal Cupich is speaking to those in virtual pews at home and elsewhere. He also has found even more imaginative ways to reach out - he recently read the children’s classic “Goodnight Moon” to an online audience in a Chicago Public Library outreach program.

Adaptability is the watchword as the Church finds new ways to minister to all, but especially to the needy, the sick, and those who may be nearing the end of their life’s journey. Catholic schools are quickly transforming to new learning platforms to keep students engaged, and finding new ways to celebrate educational milestones. It’s not a matter of only reaching out virtually. Clerical garb now includes surgical gowns, masks and goggles.

Pope Francis said, “You pray for the hungry. Then you feed them. That’s how prayer works.” Similarly, the Archdiocese continues to reach out through parish food pantries and the many programs that Catholic Charities provides, as well as inspiring its parishioners to help those around them who may be in need.

And the Archdiocese is not alone in its outreach during these thorny times. It has joined together with the leaders of other faith communities to pray and serve the broader community.

In its journey toward a “new normal” the Archdiocese is charting a path from “stay at home” to “worshiping together.”

In a letter to Chicago Catholics, Cardinal Cupich wrote, “Surely, there have been moments in history when governments and rulers have persecuted Christians and banned public worship. This is not one of them. Rather, the present restrictions come in response to an extreme medical emergency as local, state, and federal authorities—specifically public health officials—legitimately fulfill their responsibilities to safeguard human life and the common good...I call upon the Catholic faithful, as advocates for justice and charity, to comply with these regulations.” With this in mind, “The good news is that a plan for gradual reopening of our churches has now taken shape…”

After making the necessary preparations and training personnel, he announced a three phase plan:

“Phase I allows parishes to reopen for Baptism, Reconciliation, Weddings and Funerals with a limit of 10 attendees."

“Phase IA allows parishes to be open for private prayer and adoration with a limit of 10 attendees....it is anticipated that all parishes, if they choose to do so, could be open by May 23 for Phase I and by May 30 for Phase IA.”

“Phase II allows for reopening for weekday and weekend Masses for larger groups depending on guidelines from the state and the capacity of the church building.”

Cardinal Cupich cautions, “...any plan for reopening our churches for public worship must include every precaution to ensure public gatherings do not create a second wave of contagion, thus squandering the gains made through our sacrifice in these days.”

Governor Pritzker observed, “...I think they did an excellent job with the plan they put forward.”

Parishioners have gotten used to the collection basket as a means to support the work of their church. COVID-19 bids them to get comfortable with new virtual vehicles to facilitate support. Charities have traditionally raised money for their outreach activities with dinners and galas, now they are experimenting with virtual fundraising events. None of us have a clear idea what the world will look like after COVID-19 passes into history. One thing is certain – the new normal will be something new indeed, and the Archdiocese of Chicago will be there.